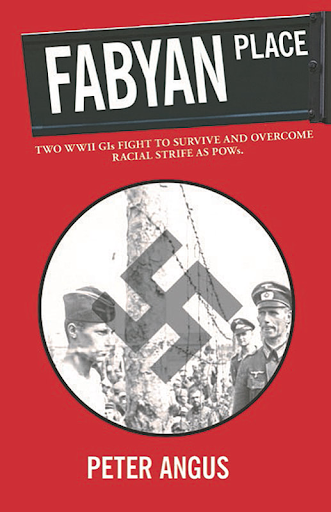 Book Title:  Fabyan Place: Two WWII GIs Fight to Survive and Overcome Racial Strife as POWS by Peter Angus
Category:  Adult Fiction 18+, 350 pages
Genre:  Historical Fiction
Publisher:  Dottenfritz Press
Release date:   August 2021
Formats Available for Review: print-softback (internationally), e-book (mobi for Kindle, epub, and pdf)
Tour dates: November 22 to December 3
Content Rating:  PG13 + M: Some use of the “F” word, some swearing, bigoted pejorative vernacular common in the 1940s, treatment attributed to Nazi captors in both a POW and Death Camp and one antagonist suicide.
“Fabyan Place is a book that stays with you. A callow young man goes to war and confronts his prejudice, forming an unlikely friendship in a POW camp with another soldier. They each know a secret about the other that could be a death sentence. Deeply researched with fascinating details and unforgettable characters, moving and thought-provoking, the story rises to a ferocious finish that will take your breath away.” — Kay Williams, co-author, The Matryoshka Murders and Butcher of Dreams

“Enthusiasts of this genre will be impressed by the book’s authenticity. The author has a deep knowledge of the Second World War and offers many historical insights and details that I was not aware of.” — David Aretha, editor, World War II Chronicle and The Holocaust Chronicle
Book Description:
​​
Should racism prevent you fighting for your country?
Does bigotry still live even after a war has ended?
Must standing at the gates of hell in a POW camp forever change a man?

Memories of his internment as a prisoner echo as a young war veteran returns to his family and an enigmatic visitor arrives unannounced on Christmas morning.

The guest brings memories of the war, the horrors of the camps and the life-altering changes in his own psyche as his family prepares for their annual feast.
​
Fabyan Place is an engrossing suspenseful historical fiction novel about two mixed race young men from urban New Jersey and rural Georgia whose experiences clash in a Nazi concentration camp.
Get your FREE copy of FABYAN PLACE for Christmas
on these FREE Days:
(click on the date to follow the link to get your free book)
November 26 (Friday) - Black Friday
November 29  (Monday) - Cyber Monday
December  1 (Wednesday)
December 2 (Thursday)
December 3 (Friday)
Buy the Book:
Amazon 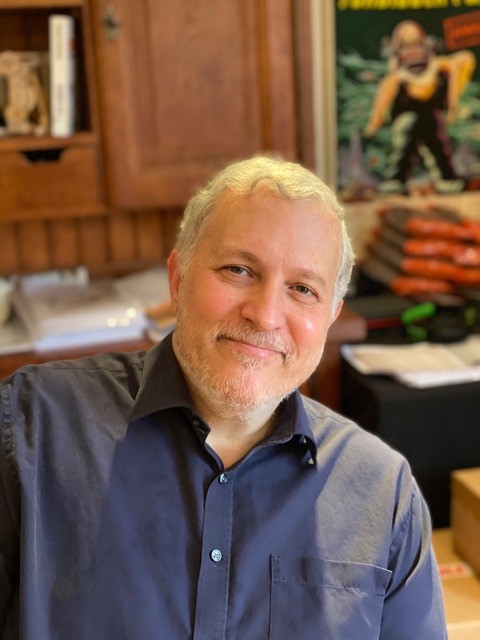 Pete Angus spent his early years in New York City and environs. From there it was working and living in Vienna, Belgrade, Warsaw, Moscow, and Paris before settling in his current base, London. Fabyan Place, his first novel, is drawn from his own recollections and his extensive study of WWII military history. Pete has caught the writing bug and is currently working on a new mystery series featuring a military CID officer investigating unusual crimes in the 1940s.

Some things I learned from writing FABYAN PLACE


Second to writing in this profession, I love doing the necessary research and that is why I think I fit well with the historical fiction ‘light thriller’ genre. For me, writing Fabyan Place was a delight! It also gave me the opportunity to use tons of family detail that a professional genealogist discovered about all elements of my immigrant (to the United States) family as well as it gave me an opportunity to reach out to extended family members to discover new stories to insert in the book. As an aside, it also allowed me to dig out my old high school yearbook to come up with some names for my characters, and that sparked many a night dreaming about being a teenager once again in Jersey City!

As I researched some background information around this brief tale of my ancestor’s past, I came across many factual historical titbits I had not been aware of, which surprised me as I am a schooled historian of that period. I was not aware of the pervasiveness of the Jitterbug dance, or how it became prominent in England before America because of Negro soldiers. I had also been unaware of the mixed ethnicity of Newark, New Jersey, the home of my grandparents; and of a variety of other things, such as Fort Huachuca, Rhineland bastards, Buffalo Soldiers, the fact that the Jim Crow laws had been copied by the Nazis. I also found it surprising that American soldiers had been imprisoned in a Jewish concentration/death camp, the institutional challenges and prejudice faced by Negroes in the United States, and the mixed but mostly positive reaction to American Negro soldiers in wartime Britain.

I also discovered quite a bit about my own family’s North American aboriginal roots and how the Indians were sympathetic but remained mostly silent about Negro discrimination in America at the time because while they were themselves minorities, they eluded strict scrutiny and prejudice because of their nearly Caucasian skin color.

Except for Sonny and John’s personal story, the Jacobs and their ancestors’ autobiographical nature in Newark is as real and as accurate as I could make it.

By including the historical narrative into the story, I hope the Fabyan Place reader might investigate further their own family history as well if their interest is piqued!
My Thoughts
Fabyan Place: Two WWII GIs Fight to Survive and Overcome Racial Strife as POWS is written by Peter Angus. This is the first book that I have read by this author. I am a history lover with a masters in military history. I am thankful how well the author researched in order to create this well written story. I love that the author tackled racism of the time. It's not often I get to read about that.
This is not a war story - it's a story of the harsh treatment our African American soldiers went through. It shows the segregation of transportation, the black officer lack of training. Even in war, there were harsh treatment of African American soldiers.
The characters are well written, real feeling and will tug at your heart. Sometimes we forget that before the segregation of the south, there was so much injustice happening with our military. I appreciate that the author focuses on this.
Thank you to the author and IRead book tours for the copy of this book to read. All thoughts are my own.
Tour Schedule:

Enter the Giveaway:
Posted by Connie Hill at 6:58 AM