Spy Activities in the American Revolution

Part II of my capstone --


“The American Revolution was one of the great upsets of history. A small colonial force, made up mostly of militia, eventually defeated the splendid disciplined ranks of the professional British Army, with a grateful nod to French naval power. It was a vision that shaped the American Army over the centuries to come. The ideas of freedom and democracy would cloak the Americans in invulnerability.”[1] The War for American Independence was an important one to win. The American Colonists wanted to distance themselves from Britain and be able to govern themselves. This War and those who served in it is considered the beginning of American Military History. “The Revolutionary War was one of generalship, tremendous courage and suffering, and, not surprisingly, military intelligence.”[2] Military Intelligence was crucial to help get information to the Patriots. General George Washington relied heavily on the use of the information that the spies passed through various channels. General Washington is said to have helped organize and depend on various spy rings: Knowlton Rangers, Mersereau Spy Ring and the Culper Ring.
Prior to the American Revolution, Britain did not spy on the American Colonists. They were dealing with other threats of security and did not think that there was a need to spy on the colonists. “The British were content to let the colonies govern themselves as long as trade flourished and the Crown benefited. The colonies purchased half the ironware, cotton, and linen produced in Britain, which in turn was the major consumer of raw materials from its new World subjects.”[3]  This appears to be a case of I scratch your back, and you can scratch mine.
Once the British economy had started to take a nosedive they needed to recoup their losses to be able to survive. So, like governments have done in the past, they decided impose a series of taxes on the American Colonists. The taxes that King George III had imposed were steep and harsh. The colonists were in disbelief. They started to divide themselves into two groups. The Patriots and the Loyalists.
George Washington is considered to be the founding father of Intelligence Collection. “Washington's first experience in intelligence collection came in 1753, when he was 21 years old. The British colonial government sent him to the Ohio Territory to gather information about French military capabilities. He was instructed to observe French forts, determine troop strengths, and try to ascertain French intentions and plans for responding to the expansion of British colonization into the region.”[4] He was good at what he did – and he made sure to learn the craft and learn it well.
George Washington was born near Fredericksburg, Virginia, on April 30, 1732. Washington spent his formative years as a surveyor and soldier. In his later years he served with the British Army in the French and Indian War. The French Indian War is where he got his first taste of intelligence. While accompanying General Braddock they missed intelligence that could have been gathered and prevented a surprise attack at the Battle of the Monongahela. This missed information resulted in General Braddock’s death. This left an impression on Washington and he wanted to learn more about intelligence gathering.
Washington knew that correct and efficiently collected information was very important to the British defeat. He would send his agents behind enemy lines, he would make sure that travelers that went through his camp would be properly questioned. He also relied on counterintelligence. He was able to make sure the British were fed misinformation to throw them off the path.  Without Washington’s stellar military experience he would not have been able to offset Britain’s Military and Power. If this had happened the American Revolution may not have been successful.
Washington knew that properly collected intelligence was going to be important. “Espionage was even more important to the revolutionary cause. The colonials faced a better-armed and more experienced enemy, and colonial commander in chief George Washington realized that intelligence on British troop strengths and movements could even the odds.”[5] He knew that he had to defeat the strong British Army somehow, and some way.

One of the things that historian Christopher Andrew notes in his book: For the President’s Eyes Only, Secret Intelligence and the American Presidency from Washington to Bush is that “Washington became his own spymaster, using intelligence from his numerous spies to maneuver his troops away from premature contact with the stronger British forces.”[6] This was possible due to the two spy rings that fell underneath the involvement of George Washington. The Culper Spy Ring and the Mersereau Spy Ring.

[6] Andrew, Christopher M. For the President's Eyes Only: Secret Intelligence and the American Presidency from Washington to Bush. New York: HarperCollins Publishers, 1995.  Pg. 10-11 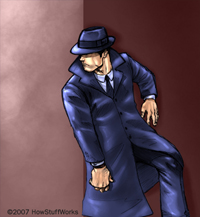