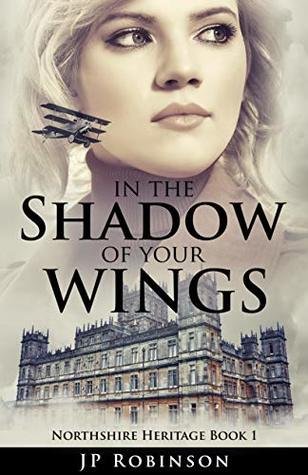 Title: In the Shadow of Your Wings

The shadow of the Great War looms over Europe, affecting everyone in its path.

Leila Durand, an elite German spy charged with infiltrating the home of British icon Thomas Steele, sees the war as a chance to move beyond the pain of her shattered past. But everything changes when she falls in love with Thomas's son, Malcolm. Is there a way to reconcile her love for Germany and her love for the enemy?

Thomas Steele sees the war as an opportunity for his profligate son, Malcolm, to find a purpose greater than himself. But when Malcolm rebels, it falls to Thomas to make tough decisions.

The war's reach extends to the heart. Eleanor Thompson finds her faith is pushed to the breaking point when her husband disappears on the battlefront and her daughter is killed in a German air raid. Where is God in the midst of her pain? In the Shadow of Your Wings presents inescapable truth that resonates across the past century. Then as now, the struggle for faith is real. Then as now, there is a refuge for all who will come beneath the shadow of God's wings.

Title: In the Midst of the Flames 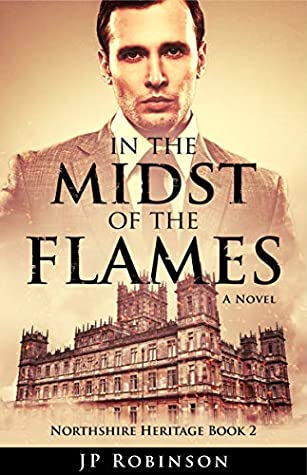 Divided by a lie. Haunted by the past. Bonded by their love.

As the fires of the Great War rage across the European continent, the Steele family is caught in the midst of the inferno.

Estranged from his wife Malcolm wonders if he can ever find forgiveness for his betrayal as he begins the long journey home.

Leila desperately searches for a way to escape her past life as a spy—and the German agent who has been sent to kill her—as she struggles to prove her innocence.

Determined to save his family, Thomas risks everything in a high-stakes political gamble, bringing Britain to the brink of obliteration, as spymaster Robert Hughes plots his downfall.

Will everything be reduced to ashes?Or does God still walk with those who, through faith, step out into the midst of the flames?

Title: In the Dead of Night 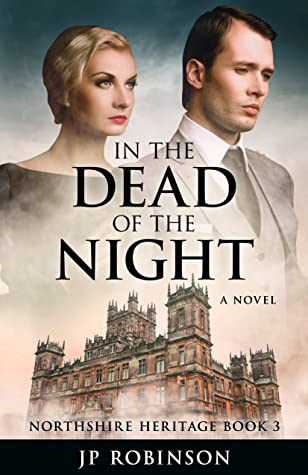 The smallest flame can conquer the darkest night

Darkness gathers in the final days of the Great War as the Germans plot to unleash a weapon that will plunge the Allied world into obscurity.

For the Steele family, the stakes have never been higher.

Leila is forced back into the shadows when the leader of a German spy ring kidnaps her child, jeopardizing Europe’s fragile bid for peace.

Meanwhile, Malcolm fights to keep Northshire Estate as his father stands trial for treason against the British empire.

Confronted with overwhelming circumstances from their past, the Steeles must rely on their grit and faith to conquer the night.

But will it be enough?

JP Robinson is an award-winning author of historical/political suspense, a full-time minister, and the president of Lancaster Christian Writers Association. With a tagline of “Unforgettable drama, Undeniable Truth, ” JP’s high-adrenaline novels often mesh real-world marriage and parenting scenarios with vivid fiction. His books have been praised by industry leaders such as Publishers Weekly.

JP often speaks to writers and church groups within the United States and internationally. He has been happily married for over fifteen years to his high school sweetheart.

The Northshire Heritage series is written by JP Robinson. It is a series of 3 books that have a Christian Historical Suspense Theme. I have not read anything previously by this author. The series will follow the Steele family during the Great War. The author did a wonderful job in creating characters and their back stories and introducing them. I felt like I knew all of them through out the series. I would recomend reading them in order, as I have been able to do so that you can get the full effect.


The first book, In the shadow of your wings was probably my favorite. I did a lot of studying on spies during my undergrad and graduate degrees, so I am always drawn toward books that focus on that. This book switches back and forth between Germany and Great Britain. The names and relation of the characters in the front of the book helped a lot. Leila, is a German spy. She falls for Malcom Steele, whose family is very important to Britain. This obviously spells disaster. She is told she has to get in good with the Steele family in order to extract information, and she is torn. She loves her home country, but she is also in love with Malcom.


The second book, In the Midst of the Flames continues with Malcom and Leila. The Great War is still raging on, and Malcom is worry that he cannot right where he has wronged. Malcom, who has had a life of luxury and pampered has to undo some major problems he caused. He faces a lot of unsureness and hurt. We see Malcom evolving and losing some of his spoiledness behavior. We see that the war has changed some from the first book.


The third and final book, In the Dead of the Night was an excellent way to wrap up the series. Leila is forced back into the shadows after her child is kidnapped. The Great War is starting to wind down - but there has been so much death and destruction with all of it. Lives have been changed, people changed forever. We see the full restoration of some things. We see faith unwavering in some characters.


The author has done a great job in research with this series. As a history major, I love seeing history come to life through characters. I was able to read through these quickly and easily. This was a great series and I am so thankful to be able to read it.


I received a copy of these books through JustRead Publicity Tours, All thoughts are my own.

PLUS (5) additional winners of digital copies of the complete Northshire Heritage set (PDFs)!

Full tour schedule linked below. Giveaway began at midnight July 26, 2021 and will last through 11:59 PM EST on August 2, 2021. Winner will be notified within 2 weeks of close of the giveaway and given 48 hours to respond or risk forfeiture of prize. Print copy US only. Void where prohibited by law or logistics.

Giveaway is subject to the policies found here.