MY THOUGHTS = MY MOTHER’S SECRET: A NOVEL OF THE JEWISH AUTONOMOUS REGION BY ALINA ADAMS

MY MOTHER’S SECRET: A NOVEL OF THE JEWISH AUTONOMOUS REGION BY ALINA ADAMS 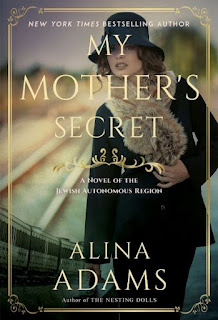 With his dying breath, Lena‘s father asks his family a cryptic question: “You couldn’t tell, could you?” After his passing, Lena stumbles upon the answer that changes her life forever.

As her revolutionary neighbor mysteriously disappears during Josef Stalin’s Great Terror purges, 18-year-old Regina suspects that she’s the Kremlin’s next target. Under cover of the night, she flees from her parents’ communal apartment in 1930s Moscow to the 20th century’s first Jewish state, Birobidzhan, on the border between Russia and China. Once there, Regina has to grapple with her preconceived notions of socialism and Judaism while asking herself the eternal question: What do we owe each other? How can we best help one another? While she contends with these queries and struggles to help Birobidzhan establish itself, love and war are on the horizon.

New York Times Bestselling author Alina Adams draws on her own experiences as a Jewish refugee from Odessa, USSR as she provides readers a rare glimpse into the world’s first Jewish Autonomous Region. My Mother’s Secret is rooted in detailed research about a little known chapter of Soviet and Jewish history while exploring universal themes of identity, love, loss, war, and parenthood. Readers can expect a whirlwind journey as Regina finds herself and her courage within one of the century’s most tumultuous eras. 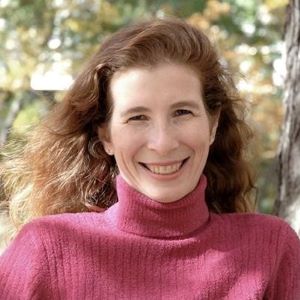 Alina Adams is the NYT-bestselling author of soap-opera tie-ins, figure-skating mysteries, and romance novels. Born in Odessa, USSR, Adams immigrated to the United States at age seven and learned to speak English by watching American Soap Operas. After receiving her B.A. and M.A. in broadcast communications at San Francisco State University, Adams worked in television as a writer and researcher. Years later she penned the As The World Turns book tie-in, Oakdale Confidential, which became a New York Times bestseller. Adams continued writing and is now a prolific and innovative writer who has authored more than a dozen books, both fiction and nonfiction. Her latest release, The Nesting Dolls, is a Soviet-Jewish historical novel published by HarperCollins in July 2020. Her upcoming novel, My Mother’s Secret: A Novel of the Jewish Autonomous Region, a follow-up to her previous historical novel, is set for release in November 2022. Adams lives in New York City with her husband and their three children.

My Mother's Secret: A novel of the Jewish Autonomous is written by Alina Adams. This is my first exposure to the author, and it will not be my last. The book is a little over 350 pages, and you will be drawn in within the first few pages. The author's story brings to life a part of history that I was not familiar with.
I read a lot of World War II fiction. I have learned so much of this part of history because of it.  I have not however ever read a story about the Russian Government setting up the Jewish Autonomous Region that was in East Siberia. We meet Regina who heads for refuge when she sees her neighbor getting arrested and fears that she is next. She has to learn who she can trust - and who she can lean on. Regina finds herself attracted to two people in the camp. Aaron, who comes up with potentially dangerous ideas and Felix who is the commander of the camp. Both of these gentleman clash against each otehr.
The author did such an amazing job writing this little known part of history. The characters are well written, the storyline is unique and engaging. Thank you to the author, publisher and Historical Fiction Virtual Tours for allowing me to read a copy of this book - all thoughts are my own.

Tuesday, November 15
Review at Dive Into a Good Book

Saturday, November 19
Review at Reading is My Remedy

Monday, November 21
Review at History from a Woman’s Perspective

We have 3 paperbacks & 3 eBooks up for grabs during the blog tour!

The giveaway is open to the US only and ends on December 9th. You must be 18 or older to enter.