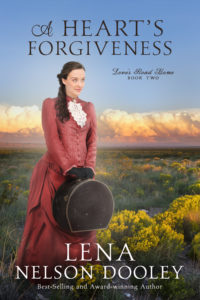 Accepting an ad for a mail-order bride was supposed to solve her problems.

It’s 1890, and Golden, New Mexico, is a booming mining town where men far outnumber women. So when Jeremiah Dennison’s good friend and mentor finds himself in need of a nurse, Philip places an ad for a mail-order bride—despite Jeremiah’s protests.

Hoping to escape a perilous situation back East, Madeleine Mercer answers the ad and arrives in town under a cloud of suspicion. What she finds in Golden is nothing like what she expected, especially not Philip, her expected husband-to-be.

But just as she begins to win over Philip—and Jeremiah himself—the secrets she left behind threaten to follow her to Golden…and tarnish her character beyond redemption. 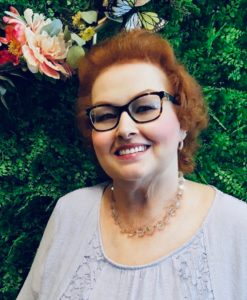 The Story Behind A Heart’s Forgiveness

I’ve been a lover of history for decades. In college and graduate school, all my elective courses were history. Of course, I chose the countries and eras I wanted to learn about. When I began writing novels, my first one was a contemporary story. After that, at least 75% or more of my novels have been historical, all the way from 1805 through the early 20th century.

One of the hallmarks of my historical novels is the authenticity I write into the stories. Because of the amount of research I’ve done over the years, I’m kind of an expert in 19th century history. My characters and their stories are completely fictional, but the other things in the book are mostly true. I search until I find what I need to know or until I reach a complete dead end.

A Heart’s Forgiveness is set in two places—Boston, Massachusetts, and Golden, New Mexico. It’s a Mail-Order Bride story. This is another type of story I like to read and I like to write. Finding a different reason for both the man trying to get a wife that way and a woman who needs an answer to her serious problems is a fun way to start the story. In this book, the bride and groom don’t meet until several chapters, even though he knows about her. And then I added another twist I think you’ll like.

There is also a very bad villain. One who doesn’t deserve to be forgiven. I didn’t plan that from the start of the book, but I realized much later in the book that God wanted her to forgive him. That one act of obedience, undeserved forgiveness, affected the lives of others in the novel. And isn’t that just like God. None of us really deserve forgiveness, but He freely gives it to each of us who will accept the gift.

When you’ve finished reading this story, I hope you’ll let me know what you think of it. I really like getting reader feedback.

A Heart’s Forgiveness By Lena Nelson Dooley is a Christian Historical Fiction book. I have read a few other books from this author and have always loved them all. In A Heart's Forgiveness we are transported back to  1890 in Golden, New Mexico. This is a mining town and women are scarce. We meet Phillip and Madeleine. Madeleine  is originally from Boston and trying to get away from her current situation she answers the ad. When she arrives - it is NOTHING like she thought. This is one of my favorite situations when we get a mail order bride story. I love seeing how the characters will navigate the situation. Phillip is strong in his faith and welcomes Madeleine into his home.  Madeleine has a big heart - she wants to help those that are hurting and less fortunate. However, what will happen when her past catches up with her? You have to read to find out!

Well developed characters, unique storyline, wonderful research to ensure accuracy to the story. I love the way this author writes. I received a copy of this book through the Celebrate Lit blogging program, all thoughts are my own.

For Him and My Family, April 17