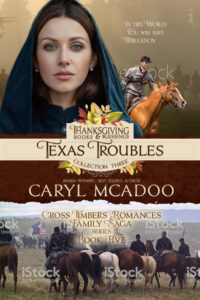 Brothers are for conflict; and he who finds a wife has found a good thing.

Through the first battle to the end of the Civil war, partners Aaron Van Zandt and Rich Worley fought on opposite sides. The women who loved them lived in prayer and learned to trust God even more to maintain sanity. While their men battled each other, best friends Josie Jo Worley and Cass Andrews struggle with jealousy, worry, and regret. Experience the war as one left behind in this epic romance. See how they cope . . . and if you’re able to stop turning the pages. 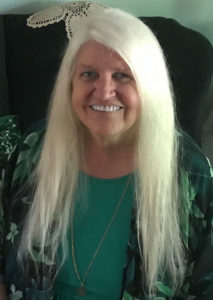 Award-winning author Caryl McAdoo prays her story brings God glory, and her best-selling stories—over fifty published—delight Christian readers around the world. The prolific writer also enjoys singing the new songs the Lord gives her; you may listen at YouTube. Sharing four children and nineteen grandsugars with Ron, her high-school-sweetheart-husband of over fifty years, she lives in the woods south of Clarksville, seat of Red River County in far Northeast Texas. The McAdoos wait expectantly for God to open the next door.

The families in the Cross Timbers Romance Family Saga have embedded themselves into my heart. This story takes them through the Civil War, and not everyone comes home to Texas. Josie Jo, born in book one of the series is ready to confess her love because he’s leaving . . . and she may never see him again.

Her best friend Cassandra shouts her love for the same man and her brother loves her friend! I love to see how God untangles our messes! He walks with them through every trial, all their pain, and the waiting, waiting, waiting for the end of the war, news of their beaus, and to be married.

The title TEXAS TROUBLES came from an incident that occurred in North Texas just prior to the Days of Aggression. In the scorching July heat, reported one hundred and ten degrees on that fateful day, three downtowns—Dallas, Denton a little to the north, and Pilot Point, more of a hamlet—went up in flames.

Immediately word spread that slaves and pro-union abolitionists were responsible, and justice came swiftly at the hands of the vigilante committee. Three slaves, one a preacher, hanged the following day on the banks of the Trinity River which then was nearest the land now known as Dealy Plaza, made famous by President Kennedy’s assignation there.

Though it proved to be an extraordinarily hot summer—water wells dried up and crops withered in the fields as the hundred-degree days went on and on. On the 8th of July, 1860, many residents of Dallas sought refuge at Wallace Peak’s downtown drugstore; that’s where the fire started.

Flames spread quickly from one business to another, blown by the hot winds from one to the next. By the time the fire was extinguished half of Dallas’ business district was gone. Now, phosphorous matches are said to be the culprit through spontaneous combustion for the fires as they all started in establishments carrying the highly flammable fire-lighting sticks.

Many say the incident called the Texas Troubles precipitated the Southern States’ cessation and even the Civil War itself. Mainly because of the FAKE NEWS spread by a young editor at the Dallas Herald. He sent letters to newspapers in Houston, Austin, and others across the state blaming a slave up rise for the fires and warning that the slaves were rising up.

Guess we aren’t the first Americans to deal with fake new! Before it was all over, at least a hundred men had hanged, slaves and their white abolitionist advocates. The panic never truly abated because too soon, the war between the states that pit brothers against brothers began.

This is where TEXAS TROUBLES, book five in the Cross Timbers Romance Family Saga begins. One brother went the way of the vigilantes, the other traveled north to join the Federalists. I think you’ll love this story of love and the most terrible times our country has ever experienced.

This is book 5 in the Cross Timbers Romance Family Saga. I have not read all the others in the series, but I had no problem following along. This book opens up in 1860 with a Barn dance. I like how the author prefaces the war in the beginning of the story. We see two couples who meet, hit it off and boom the war happens. The two male friends (Aaron and Rich) go in opposite directions - one goes into the Union army and one goes to the Confederate army. The book follows their journey of their separate ways - it follows the women (Jo Jo and Cass) that love them.
One of the best things about this author is how historically accurate her books are. She always does careful research to insure that her readers get a clear picture. I love reading anything that this author puts out - I know that I will be reading a God inspired, historical, entertaining book.
This book contains well written characters. The way she describes them, you feel like you know them deeply. The storyline is intriguing. I found myself wondering about friends that did go into opposite sides and what happened to their friendships.
I received a copy of this book through the Celebrate Lit blogging program -- all thoughts are my own.

For Him and My Family, October 8