Hey Y'all! Today I am welcoming Kelly J. Goshorn to the blog today - she is going to share with you about her debut novel: A Love Restored --- check my review out at the end! 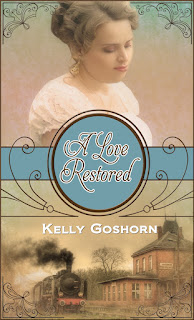 She was nothing like the woman he’d envisioned for his bride, but he was everything she’d ever dreamed of—until a promise from his past threatened their future.

With pert opinions and a less-than-perfect figure, Ruth Ann Sutton doesn’t measure up to society’s vision of a perfect lady. When she accepts a position teaching in a Freedman’s School, it threatens the only marriage offer Ruth Ann is likely to receive. She’s forced to choose between life as a lonely spinster or reinventing herself to secure a respectable proposal.
Determined to rise above his meager beginnings, Benjamin Coulter’s reputation as a fast learner and hard worker earn him the opportunity to apprentice with a surveyor for the railroad—a position that will garner the respect of other men. After a chance encounter with Ruth Ann Sutton, Benjamin is smitten with her pretty face, quick wit, and feisty personality.

When others ridicule his choice, will Benjamin listen to his heart or put ambition first?


Hi Connie, Thank you for welcoming me on your blog. I look forwarding to visiting with your readers today.


As a writer of historical romance, I’m often asked questions about how I research my stories. I thought today, I’d give you some insight into how real-life history inspired the secondary plot line of my debut novel, A Love Restored.


First, let me give you a little background on the story. A Love Restored is based on my real-life romance with my husband, Mike. I just set the story in the past because I’m a HUGE history nerd. If you’re one of Connie’s faithful readers, I’m sure you can relate.


I am blessed to live in northern Virginia, an area rich in our nation’s history. I knew if I set my story in post-Civil War Loudoun County, where I’ve lived since 1972, I would have plenty of historical details to give the reader that would draw them into the period and setting of my story. I decided to use my own home town of Purcellville at the time the Washington & Ohio Railroad arrived in the “sleepy little hamlet” so that my hero, Benjamin Coulter could be a surveyor planning the railroad’s route.


Since the story is based on my life, it was a natural choice to make my heroine, Ruth Ann Sutton, a teacher as well. While researching the post-Civil War history of my town and the county as a whole, I wandered off track down a historical rabbit trail so to speak and began reading about the life of the freed slaves in the area and the Freedman’s Schools to educate them.


I discovered that Fannie Wood, a white woman from Middleboro, Massachusetts, came to the area to teach in one of the newly authorized Freeman’s Bureau schools in the nearby town of Warrenton. This was a common arrangement at the time. Many northern organizations, frequently organized by Quakers, funded Freedman’s Bureau schools in the South and provided the teacher’s salary as well as their room and board with local families. The Richmond Times, an influential newspaper at the time, referred to such teachers as “pretty Yankee girls,” and “missionaries” in an effort to diminish their noble purpose.


But in Reconstruction Era Virginia, Miss Wood’s tenure would not be without opposition from those who did not want the freed slaves educated. A Warrenton newspaper, The True Index, printed the first paragraph of a threatening letter sent to Miss Wood: “We the young men of this town think you are a disgrace to decent society and therefore wish you to leave this town before the first of March and if you don’t there will be violence used to make you comply to this request.”


At this point I knew that my heroine would now teach a Freedman’s School providing plenty of tension for my story. While Freedman’s Schools existed in nearby Leesburg, Waterford and Lincoln, no school for freed slaves existed in my town, Purcellville, until the 1890s. At this point I decided to change the name of Ruth Ann’s town to Catoctin Creek after the little stream that runs through Purcellville.


My research further discovered reports in The True Index that Wood had been “serenaded” by “songs and expressions not intended for ears polite.” Federal troops, used to enforce the Bureau’s efforts to educate the freed slaves, were sent to Warrenton to prevent any escalation of hostilities. This calmed the tension for a while but after the soldiers left, her classroom was pelted with stones. Union Lieutenant, William Augustus McNulty, who was the head of the Freedman’s Bureau for the Warrenton area, continued protecting Miss Wood. In fact, he and his wife, Abbie, eventually helped her teach the adult students in the evening.


Can you just imagine the sight of a white Federal officer teaching freed slaves in post-Civil War Virginia?


I knew immediately that I wanted to capture this scene in A Love Restored. When Benjamin discovers the threatening letters Ruth Ann had been receiving, letters she took great pains to hide from him, Benjamin seeks the aid of Federal officers assigned to protect the Freedman’s Schools in the area. My secondary storyline really came to life now birthing the character of Union Army Captain John Reynolds who would aid Benjamin in the protection of Ruth Ann and her students.


In A Love Restored, the danger escalates to a dramatic raid on the Freedman’s School by hooded-vigilantes. Although inspired by many real-life accounts of violence against Freedman’s Schools throughout the South, nothing of that magnitude happened in my county.


Thank you for joining me on this little excursion through one of history’s interesting paths. You never know what you might discover when following a rabbit trail. For me, I found the glue that tied so many smaller plotlines together as well as a way to add historical depth to my story.


What interesting historical fact have you learned you roaming the internet? 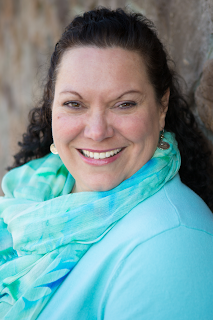 Kelly Goshorn weaves her affinity for history and her passion for God into uplifting stories of love, faith and family set in nineteenth century America. She is a member of American Christian Fiction Writers and Romance Writers of America. Kelly has been enjoying her own happily-ever-after with her husband and best friend, Mike, for 28 years. Together they have raised three children, four cats, two dogs, a turtle, a guinea pig, a gecko, and countless hamsters. Thankfully, not all at the same time. When she is not writing, Kelly enjoys spending time with her young adult children, scrapbooking with friends, board gaming with her husband, and spoiling her Welsh corgi, Levi.


Purchase on Amazon US, Amazon UK and Barnes & Noble


You can connect with Kelly on:

Thank you so much Kelly for stopping by today! Y'all this was an amazing book! Shout out to Kelly for reaching out to me to read it.

This book features an "imperfect" female heroine. I loved this since she is so relatable. Ruth-Ann is such a well written character. This book draws you in within the first few pages. Benjamin and Ruth-Ann's story will take you on a wonderful adventure. I love the historical accuracy that this book has in it - it is well researched and I learned a lot reading it. If you love historical romance -- this is for you.

I received a copy of this book from the author -- all thoughts are my own.