Today, I want to present to you the 3rd part of my capstone.
I hope you are enjoying it.
Today, We look at two female spies. Anna Smith Strong (if you watch TURN then you may be familiar with her) and Lydia Darragh. These two brave women helped the Colonies.

The American Revolution was a war of great distances. The collection and deliverance of timely intelligence regarding the numbers and the location of the enemy was very vital to both sides. Several Men and Women were involved on both sides collecting and passing information. Some of the more well-known spies include: Nathan Hale, Benjamin Tallmadge, and Abraham Woodhull. These are the men that are most identified when looking at Espionage and the American Revolution. These men and others in espionage inspired the hit AMC TV show, Turn: Washington’s Spies. This television show is inspired by the Culper Spy Ring. One of the most informative Patriot spy ring during the American Revolution.
The Mersereau Spy Ring is not one that has been written about extensively about. It is not as well-known as the Culper Spy Ring. The Mersereau’s included: Joshua Sr. and his two sons John and Joshua. In the beginning of July 1776, they were living in Staten Island. New York fell to the British at this time. By this happening Joshua’s property had been destroyed. He had avoided capture. His brother, John had turned over the horses that they had been using for a stagecoach business over to General Washington to use.
When Washington was retreating through New Jersey he asked Joshua Sr. if John, who was now 19 years old if he could assist in spy activities. This is where we see the beginnings of the Mersereau spy ring. John was able to collect successful espionage for approximately 18 months. Washington was grateful that he could count on information that Mersereau had collected to relay to the Continental Congress. It was when he fell under suspicion that he escaped and joined the American Army.

Some of the American Revolution spies’ identities were never uncovered. They never divulged their identities even after the Revolution was over. They may have done so out of fear. (Especially if they had neighbors and relatives that supported the other side) Some of the women that are discussed never were named. There has been speculation to who they may be but their identity has not been proven.
Anna Smith Strong
American Spy 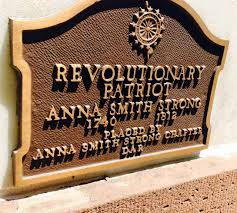 While first looking at the American Revolution Spies there was one woman that kept popping up. Her name is Anna Smith Strong. Born on April 14, 1740. According to Daigler, Strong was: “A local Setauket housewife… who capably handled this role through a series of signals using her laundry drying line”[1] She was married to American Patriot, Judge Selah Strong III in 1760. Her husband had been accused by the British of resistance of authority in 1778. This led to his imprisonment in New York City. “Anna’s family, like many families in Setauket and other towns, were split in their loyalties.”[2] With her background, some of her Tory relatives were able to secure the release of Anna’s husband. Research has shown that the family member responsible for helping secure his release was Colonel Benjamin Floyd, who was also thought to have assisted the Culper Spy ring with emergency dispatches.
Anna Strong was from a strong bloodline of colonial elites. With her husband a well-known and leading Patriot judge they controlled some of Long Island’s manors that are comparable to what Southern Plantations were before the Civil War. She was referred to by her friends as “Nancy”.  Nancy Strong certainly understood her family responsibility for both the Smith family and the Strong family. Women knew that the connection between families that they married into and their positions in the community was important. This would dictate their life before, during and after the Revolutionary War. Anna Smith married Selah Strong in November 1760 and they lived on what was called Little Neck (now Strong’s Neck) in Setauket.
Together Anna and Selah had eight children. Their first child, Keturah had married a cousin of Abraham Woodhull. Unfortunately for Keturah she died at age 28. This was not the only child they had to bury. Their fifth child, Mary who was born in 1773 only lived to be about 3 weeks old. Their last child, number 8 was born in 1783 and he was named George Washington Strong.
Ms. Strong is believed to have been a part of the Culper Spy ring that was headed by George Washington and Benjamin Tallmadge. One of the things that she helped to do was pass information between Caleb Brewster and Abraham Woodhull. Anna stayed behind at the family home where she felt that she would be safe. Women in general during the war were seen as non-combatants.  If she were to leave her home this would subject the Strong’s beautiful home to looting, destruction and abuse. While she stayed behind she would embark on great assistance to General Washington.
Anna would be responsible for letting the other know where to find them. “From his base in Fairfield, with the assistance of a telescope, Brewster watched the laundry that Strong put up to dry. The prearranged signals were communicated through the items and number on the line. For example, when a report was ready to be picked up, a black petticoat was hung out. At the same time, the number of handkerchiefs also would indicate at which cove or inlet Brewster was to land to await the report.”[3] This was a clever and easy way to pass information without being suspected. While she did not collect the information herself, she was vital to the Culper Spy Ring – she was able to let Brewster know when there was a report that was ready for pick up. This report was then delivered to the proper authorities including General George Washington.
Life had not always been easy during this time. While Women were generally left alone and not considered threats there were still issues. Most women were in homes alone or with other female members of family and children. Their husbands were usually involved in the war in some aspect or another. Anna was no exception. “Anna Strong was stooped and gaunt, and the candle held in her hand accented the hollows of her cheeks and her sunken eyes. Tallmadge embraced her without speaking, and he and Brewster entered, and Anna Strong bolted the door securely behind them. She led them into the musty-smelling front room, emptied of most of its furnishings and set the candle on a bare table. “The Rangers have plundered me twice,” she said, “and when I heard your knock.”[4] She had already been through a lot. With her husband being detailed and eventually freed. Having lost property I am sure was heartbreaking and inspired her to collect information more.
Ms. Strong’s identity was not referred to in the dispatches. But there are several reference to her property and the British movements around her home. “While Tory reporting from Connecticut identified that a woman was involved in signaling Brewster regarding his travel to Long Island, the British never learned her identity.”[5] One of the British spies who was referred to as: Hiram the spy revealed that there was a Setauket woman who had been working with the Patriots. The woman he described matched the description of Strong. After the war her husband returned to their home and they were able to live out life together.
Lydia Barrington Darragh
American Spy 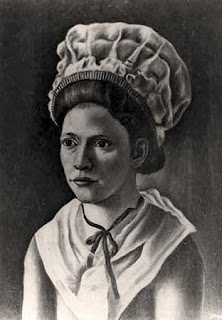 Another woman that assisted the Americans was: Lydia Barrington Darragh. She was born in the year 1728. She was born in Dublin, Ireland. She married her husband William Darragh in 1753. After a few months of marriage they decided to move to the American Colonies. Lydia and her husband were heavily involved in the Quaker Community. Once they were settled in the American Colonies, William took a job as a tutor and Lydia worked as a midwife. Together they had 9 children. Five she was able to raise to adulthood, and four died in infancy         .
Her claim to “fame” was when the British were occupying Philadelphia where her family lived. The British troops had shown up in 1777 and demanded the use of their home. Since they were Quakers they were not supposed to be supporting anything in regards to warfare. They were supposed to be neutral. Secretly, Lydia supported the Colonists push for freedom.
“On the night of December 2, 1777, they even held a conference there with top British officers. There, General William Howe finalized plans for an attack on Whitemarsh on the 4th. The other officers listened intently to his story. Unbeknownst to them, so did Lydia Darragh... Hurriedly, she made notes, rolled up the paper she wrote them on, stuffed them in the pocket of a book, and rushed to the Rising Sun Tavern, where Elias Boudinot was serving as Commissary of Prisoners. There, as many other women did, she asked permission to leave the city in order to go the countryside and purchase flour. Unlike other women, she also pressed a needle book into his hands with many pockets.”[6] Some of the stories differ. This source says that the book was handed over before going out of town. Others stated that she had to request to get a pass to go out of town and move to the Rising Sun Tavern to be able to pass the information. She was able to obtain a pass to go and purchase flour. She was not stopped along the way. She was headed to the Rising Sun Tavern. This is where colonists would go to pass messages.
Because she was able to get this information passed this allowed General Washington and his army to prepare for the attack. They were able to prepare and fend off the attack on Whitemarsh. Another reason why it was important to send the information forward and act on it quickly.