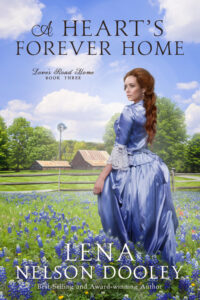 A single lawyer whose clients think he needs a wife.

Although Traesa Killdare is a grown woman now, the discovery that her adoption wasn’t finalized sends her reeling. Especially when her beloved grandmother dies and the only siblings she’s ever known exile her from the family property without a penny to her name.

Wilson Pollard works hard for the best interest of his law clients, even those who think a marriage would make him more “suitable” in his career. And when the beloved granddaughter of a recently deceased client comes to him for help, he knows he must do whatever necessary to make her situation better.

As each of their circumstances worsen, a marriage of convenience seems the only answer for both. Traesa can’t help but fall for her new husband—the man who’s given her both his home and his name. But what will it take for Wilson to realize he loves her? Will a not-so-natural disaster open his eyes and heart? 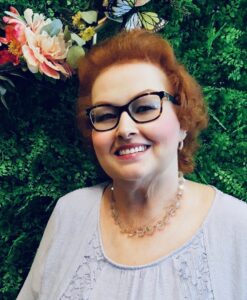 Lena Nelson Dooley has been an author for 36 years. Her 51stbook released in June 2020. Raised in Arkansas, she married a Texan 56 years ago. They have lived in the Dallas-Fort Worth Metroplex for decades. She is an active member of ACFW and one of the founding members the DFW local chapter. She’s often been a speaker for other writers’ groups and conferences, both as a keynote speaker and a workshop teacher. Her fans love reading her books filled with characters who grip your heart.

I’ve been a lover of history for decades. In college and graduate school, all my elective courses were history. Of course, I chose the countries and eras I wanted to learn about. When I began writing novels, my first one was a contemporary story. After that at least 75% or more of my novels have been historical, all the way from 1805 through the early 20th century.

One of the hallmarks of my historical novels is the authenticity I write into the stories. Because of the amount of research I’ve done over the years, I’m kind of an expert in 19thcentury history. My characters and their stories are completely fictional, but the other things in the book are mostly true. I search until I find what I need to know or until I reach a complete dead end.

The history of the orphan trains has interested me since I first learned about them. One of them ended in Fort Worth where a pastor and his wife helped find the last orphans a home. A few didn’t get a home, so they took them in. In the 20thcentury that became an orphanage, then a home for unwed mothers.

A Heart’s Forever Home has three settings—Fort Worth, Texas; Waco, Texas; and New York City. It’s a Marriage of Convenience story and much more. This is another type of story I like to read and I like to write. Finding a different reason for the necessity of the marriage is interesting.

I’d found an event that occurred north of Waco in 1896. It was so bizarre I wanted to include it in a book. It was a perfect fit for this story and became an important catalyst in the story.

I’m what’s called in the industry a seat-of-the-pants author, more or less. I do have the complete outline of the story in my head. When I sit down to write, I know where I’m going, but I don’t have every single scene plotted out as some authors do. And I pray… a lot. During the time I’m writing a book, God drops ideas into my thought processes. Not just while I’m writing, but other times, too. That’s the exciting thing about writing. This keeps it fresh for me.

When you’ve finished reading this story, I hope you’ll let me know what you think of it. I really like getting reader feedback.

A Heart’s Forever Home is a Christian Historical Romance that is written by Lena Nelson Dooley. This book is third in the Love’s Road home series. I’ve not read all of the books.

Traesa was never formally adopted and when the woman woman who took her in dies, the siblings she was raised around make sure she knows she isn’t officially family. They kick her out of the life she has known. She’s sent on her way without anything. Traesa has had a lot loss in her life and you feel for her.

Wilson has been the family lawyer for a long time. When Traesa comes to Wilson he wants to help her. Everyone has already been telling him he needs a wife and Traesa needs a home. A marriage of convenience is suggested so she has a place to stay. He also wants to find the paperwork to show that she is indeed entitled to some of the grandma’s money.

The author has created two wonderful characters. They are well written. I love al the authors descriptions. I felt that if I closed my eyes I felt I was there. The storyline is intriguing

I received a copy of this book through the Celebrate Lit Blogging Program. All thoughts are my own.

For Him and My Family, October 17

The Meanderings of a Bookworm, October 20