ABOUT THE BOOK
Belle Waters is about to celebrate her fourteenth birthday, and she is terrified. The fear of marriage looms large for her, and every other girl who was born into the Mormon settlement of Salt Lake in the 1850's. She knows it is her duty to marry and bring Heavenly Father's children into the world, but she's not interested in tying the knot with anyone, especially not the Prophet, an old man with a number of wives and counting. But when the US Army invades Salt Lake intent on arresting the Prophet, Belle soon realizes that the possibility of becoming a child bride is only the beginning in a series of disastrous threats. This is a work of fiction, but is loosely based on a true historical event: the Mountain Meadows Massacre of September 11, 1857, which sparked a short-lived Mormon War. Although set over a century ago, the themes and issues explored in this novel are timely and current: religious freedom and extremism, the role and status of women in society, and the contemporary impact of homegrown terrorism. Belle o' the Waters is a searing exploration of those living within an oppressed community, and an ultimately revelatory novel about what it means to lead a courageous life, despite one s circumstances. 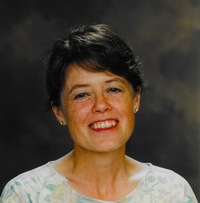 Raima Larter is a writer and scientist based in the metropolitan Washington DC region. A former college professor and government scientist, she is the author of two novels, "Fearless," a modern-day mystery/thriller and "Belle o' the Waters," set in late-1850s pioneer America. Larter is the creator and author of the blog, Complexity Simplified, which covers topics ranging from science to spirituality and writing. She holds a PhD in Chemistry from Indiana University and an MA in Writing from Johns Hopkins. She does freelance science writing for a number of organizations, including the American Institute of Physics and the American Institute for Cancer Research. She has authored numerous short stories, some of which have won awards, and is the author of the short story collection, "The Gate of Heaven and Other Story Worlds."

This book is based on a true historical event. The event took place on September 11, 1857. It is called the Mountain Meadows Massacre.  I was not familar with this event so I started to do a little research of my own. The Mountain Meadows Massare per the LDS website is: “On September 11, 1857, some 50 to 60 local militiamen in southern Utah, aided by some American indian[s], massacred about 120 emigrants who were traveling by wagon to California. The horrific crime, which spared only 17 children age six and under, occurred in a highland valley called the Mountain Meadows, roughly 35 miles southwest of Cedar City. The victims, most of them from Arkansas, were on their way to California with dreams of a bright future” (Richard E. Turley Jr., “The Mountain Meadows Massacre,” Ensign, Sept. 2007). Since I am a historian I am always intrigued by books based on events. The author did her research. I felt that I was learning a lot from her book. This story is about a young Mormon girl who has a lot of courage. The characters are well written and the storyline flows nicely. This is the first book I have read by this author. I really enjoyed it

I received a copy of this book from the publisher, Mascot Books, all thoughts are my own.